All Blogs from Me My Suit and Tie

There are many factors to consider when looking at different styles of suit jackets or blazers. Think about the more formal side of your wardrobe for a minute. If I were to ask you to describe one of the suits, what would you say? I imagine that words like Single or double breasted would be involved, probably followed by the colour and how many buttons are on the front. This is all great information and thanks for sharing but there is a detail on the jacket which is massively influential, yet often overlooked.

That is the lapel design. No, I haven’t misspelt the word ‘label’ despite spell check thinking otherwise, and for those of you who are unsure of what a lapel is, Google describes it as the part on each side of a coat or jacket immediately below the collar which is folded back on either side of the front opening.

In other words, it is the part that connects down from your collar, and there are three main types. These are known as the Notch Lapel, Peak Lapel and the Shawl Lapel and knowing the difference between the three may help influence your decision on future purchases.

In this blog I will explain what the difference is between these lapels and what that can mean for you. 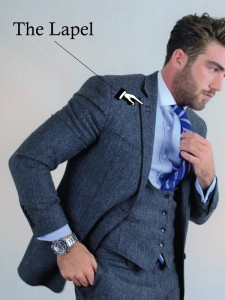 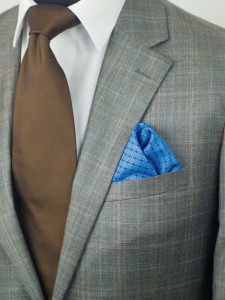 Easily the most probable style found in your wardrobe is the Notch Lapel. This is because it is the most common design for single breasted suit jacket. Due to it being more simple and cheaper to manufacture it also makes sense that it would be the design of choice for most retailers. However, this does not make it any less desirable.

It is easily distinguishable by a notch that is created at the point where the bottom of the collar meets the top of the lapel. The angle that these point meet can vary but tend to be between 75 and 90 degrees and can point either up or down.

The Notch Lapel is a perfect staple design for your suit. Slightly unimaginative perhaps but if you only have one suit hanging up at home, this is one to have. Flattering for any body type and perfect for that important meeting yet still equally suitable for impressing the girls at the local Weatherspoons. 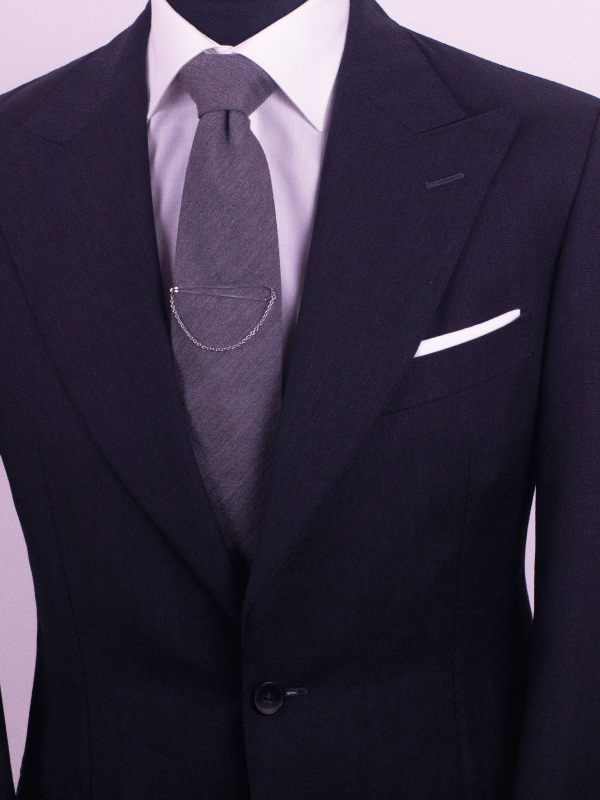 Traditionally the Peak has been thought of as a more formal design for a lapel. Actually seen now as fashion forward, it is a design that has been around for over 100 years. Requiring a greater level of skill, the price of the Peak tends to be higher than that of the Notch.

Visually The Peak Lapel gives the illusion of broader shoulders and is generally a more dramatic look. Although most prevalent on double-breasted jackets, it is also found on single-breasted and dinner-jackets.

Due to how much more expensive and complicated the manufacturing process is, the Peak Lapel is somewhat rarer than the Notch. This means that it is less available from the high street. Not to say it isn’t there, you’ll just have to look harder than you would for a Notch. Slim, Notch Lapels have been the popular choice for the last few years, but it is the Peak that is the future. You want to impress with your suit then go for a wide peak lapel, you won’t regret it. 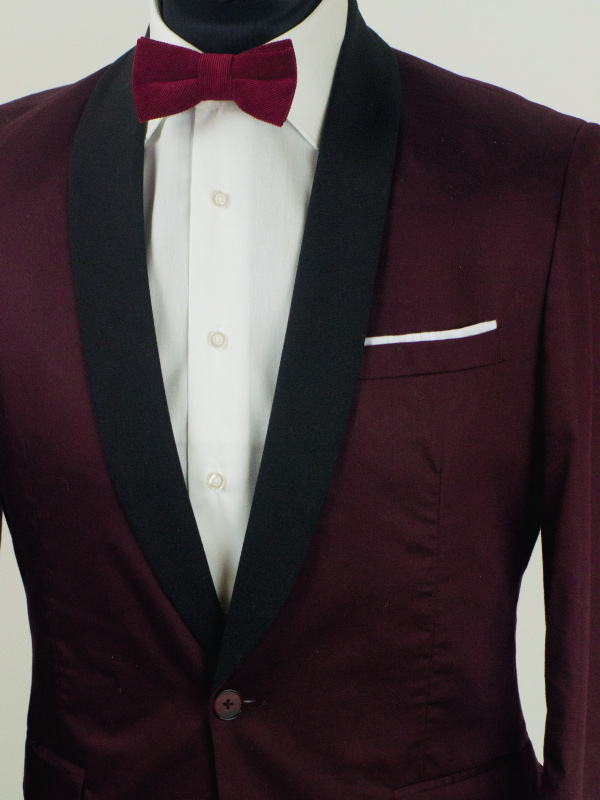 The Shawl Lapel is almost exclusively found on the dinner jacket. Not peaks or notches it is a clean swoop down and often different in colour or material to the rest of the jacket. It is also traditional to wear a bow-tie when wearing a Shawl Lapel, although do not rule out wearing a tie completely. The decision of bow tie or neck-tie should be decided more on the formality occasion.

The Shawl often falls in and out of fashion. Often shunned due to the difficulty of separating itself from the old fashioned smoking jackets it is the rarest of lapel styles. That being said there is a time and place for the Shawl Lapel. Perfect for a black tie event or attending some form of awards ceremony, this is the style to wear to pick up your oscar. Unless you are Leonardo Dicaprio.

So there you are folks, the lapel. Hopefully, you now have a better idea of what one is and maybe it will factor in future decisions, or maybe not. Either way thanks once again for reading this blog and until next time you wonderful people of the internet, don’t forget, the devil is in the detail.